The revolution has begun. But where will it end?

The stakes have never been higher.

The banns are in lockdown, making it all but impossible for Dez, Bo and their friends to resist the increasing authoritarianism of Newport City. Bo believes that the mysterious power of the water is the key to winning their struggle, but Dez is deeply troubled about his increasing obsession.

Pinkers, Book 2 in the Newport City duology by Alison Croggon and Daniel Keene, is the powerful sequel to Fleshers.

The Threads of Magic

An atmospheric and riveting fantasy adventure, perfect for fans of Frances Hardinge and Cornelia Funke.  Alison Croggon conjures a rich, immersive world with brilliant and memorable characters in this captivating story of loyalty, courage and friendship. 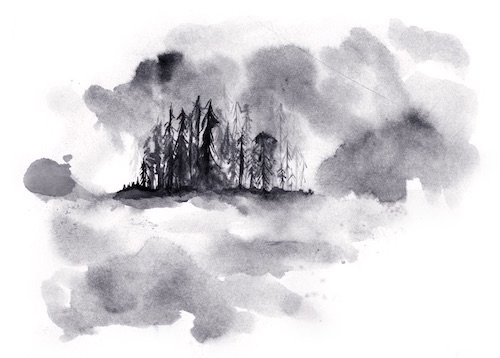 Maerad of Pellinor is haunted by an island that doesn't exist. And then she finds the child...

A magical short story from the world of Alison Croggon's best-selling epic fantasy series, The Books of Pellinor.

Sign up to Alison Croggon's newsletter for your free short story

Check your email to confirm your subscription

Alison Croggon is an award-winning novelist, poet, theatre writer, critic and editor who lives in Melbourne, Australia. She works in many genres and her books and poems have been published to acclaim nationally and internationally. She is arts editor for The Saturday Paper and co-editor of the performance criticism website Witness. On this site you can find details on all her books – fantasy, science fiction, poetry, theatre texts and critical essays.

“Croggon’s humbly exquisite prose weaves splendor into everything, from spells of magery and the frightening, otherworldly realm that the protagonists must tread to the regular World’s aesthetic beauty and human emotion (grief, shame, terror, trauma)…Magnificent yet intimate, dark yet tender.” – Kirkus Reviews

“”The coolest science fiction I’ve read in years – if cyberpunk dystopian SF is your jam, I highly recommend this amazing book.” – Ellie Marney

“Bronte devotees will swoon. For those who take their romance tumultuous and doomed.” – Kirkus Reviews

The River and the Book

“A resonant, haunting story… a simply told and dreamlike tale that tackles huge questions about conservation, capitalism, colonialism and cultural appropriation.” – The Age

“Free verse in Australia has rarely come better than Croggon’s.” – The Australian

“Alison Croggon is one of the most powerful lyric poets writing today.” – Australian Book Review

Searching, challenging and always entertaining, Croggon grapples with the contradictions and delights of writing about performance, an ephemeral artform central to our cultural memory.

“There is no question that Croggon is among the best critics this country has produced, and there is not a review here that doesn’t attest to her precision of thought and expression.” – Australian Book Review

As every reader knows in their heart, there is much more to truth than mere fact.